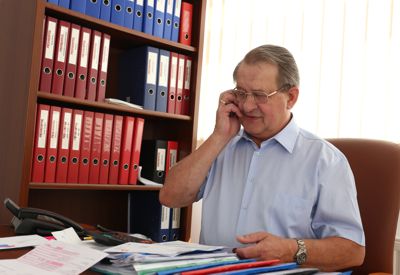 Edward Niepsuj, Eng.
President of the Board

A graduate of the Electrical Department of the AGH (University of Science and Technology) in Kraków, which he graduated in 1974 with the degree of electrical engineer. He has over 50 years of experience in the industrial sector. In the years 1973-1990 he worked at Przedsiębiorstwo Produkcji i Montażu Odlewniczych Plew in Myślenice in the positions of: Head of the Electrical Department, Planning and Sales Manager, Production Manager, Deputy Technical Director and Chief Executive. He supervised the launch of the foundry in Kherson in 1978 (Ukraine) and the foundry in Hronec in 1982-1984 (Slovakia). In 1992, he founded PESMENPOL Production and Trade Company. Married, father of four children. Wife Maria, daughter Ewelina, sons - Szymon, Michał (†) and Piotr.